THE DIFFERENT TYPES OF SEWING SCISSORS AND HOW THEY’RE USED Different Types of Scissors for Sewing

To finish all of your sewing tasks, you’ll need more than one sort of scissors if you’re a sewer. To get started, you’ll need to understand the purpose of those scissors, but that’s a lot simpler than it seems.

Learning the different types of scissors for sewing may require a little homework, but it’s worth it in the long run.

There are many various types of sewing scissors, but some of the most common include rotary cutters, pinking shears, appliqué scissors, and embroidery scissors. Your sewing cabinet should include all of these tools at some point in time, but the ones you start with will depend on your own preference.

As a result, while shopping for scissors, be sure to spend as much as possible. Even if you have to spend a little money to get a nice pair of scissors, you should consider it an investment rather than a cost.

Various types of tailoring scissors are available, each with a distinct function and use. There are a few things you should avoid doing with your sewing scissors if you want to get the most out of them, like using them for anything other than what they were originally designed for. Use your blades solely for what they were designed for and nothing else, and you won’t have to purchase another pair of scissors in the future.

Sewing scissors, which you should always have on hand while sewing, are covered in the following paragraphs.

Embroidery scissors, which are tiny and ideal for rapidly grabbing and trimming threads from your cloth, are a must for all sewers, whether they embroider by hand or sew with them. Three to six inches long, these scissors feature a sharp point that allows them to be both precise and safe.

Embroidery scissors, on the other hand, are ideal for trimming threads that are near to the cloth. You can rest your finger on an indentation region as you work with them, but they’re unique because of the sharp, tiny tip that makes reaching close to the thread a breeze. Whether you like straight or curved blades, you’ll find yourself reaching for these scissors on a frequent basis.

The best part is that a decent pair of embroidery scissors costs no more than $20, and often even less.

A rotary mat is required for use with rotary cutters, which are used in quilting. Cutting through numerous layers of cloth, not simply those with normal thicknesses, is the primary function of this tool. You can cut cotton, paper, denim, and even leather with a decent rotary cutter, and you’ll save a ton of time since you can cut through so many layers at once with one cutter.

Of course, you will need to change the blade from time to time, but they are not prohibitively costly when compared to the rotary cutter itself. Rotary cutters may be purchased alone or with a pair of replacement blades, and the cutter and blades typically cost $15 to $20. A excellent rotary cutter may save you a lot of time on your next sewing job, regardless of the sort of cloth you’re using.

The blades of pinking shears are thick and have huge ridges, making them seem odd to someone who doesn’t sew. Simple to use, their primary function is to trim your fabric’s edges, particularly the seams, to avoid excessive fraying. Instead of “laying down,” when you don’t use pinking shears on an inside seam, the seams might be overly puffy and stand out if you don’t finish them.

When you use pinking shears on your seams, you’ll get a smoother and more uniform appearance. If you prefer a scalloped edge to the zigzag appearance of most pinking shears, you’ll need a pair with a slightly different form. The majority of the time, though, these scissors are used to trim the edges of fabrics so that they don’t unravel or fray excessively.

The price of pinking shears may range from $20 to $50 or more, but excellent sewing scissors are an investment, and you should not compromise on them.

When it comes to sewing scissors, this is the most critical pair of scissors for a seamstress. They feature a long blade and are built to cut cloth regularly without dulling, as their name implies. They are quite durable and well-crafted. These knives are tapered at the tip and one has a sharp point while the other is rounded.

The rounded tip is designed to avoid snagging on seams and threads, while the sharp tip is useful for cutting and notching curves. In addition to being hefty yet comfortable, these scissors feature a bottom edge that is flush with the cutting surface, making it a breeze to cut your cloth.

If you’re serious about sewing, you can’t even think of using anything than heavy-duty sewing shears to cut fabric and work on your projects. Scissors made for arts and crafts will not do, nor will standard scissors. In order to have the features and strength and durability you want for sewing, you must use scissors that are particularly designed for that purpose.

You may be shocked by the cost of heavy-duty shears when you go to purchase them. Even though they come in a variety of lengths, shears that are 7 to 10 inches in length are the most helpful. You should expect to pay anywhere from $15 to roughly $80 for a pair of sewing scissors, depending on the length you pick.

Heavy-duty sewing shears can also cut through denim or felt, and they can even cut through many layers of fabric at once, making them a highly useful tool to have on hand. They are well-made and can be used on a variety of fabrics.

There are certain kinds of sewing scissors that must be in your sewing kit at all times, but there are others that aren’t absolutely required, but you may still want to add them to your collection at some point in the future. To name a few, there are the following:

Rather of stretching or damaging the stitches, the little screw in the grip of these scissors allows you to easily open buttonholes. Screws that may be adjusted are included in the price of the scissors.

Because one of its blades is shaped like a duckbill, applique scissors appear a bit weird. Using appliqué scissors, you may trim up the pattern before sewing over the raw edges with a final satin stitch to make it seem cleaner. This kind of medium-sized scissors is specifically intended to allow you to trim very close to the stitching line without risking the loss of your cloth.

With an appliqué at some point, these scissors may be really useful. This task can’t be done as quickly or as cleanly with any other sort of scissors. With applique scissors, each appliqué item looks much more polished and finished than it would without. The best part is that they are cheap – ranging from $20 to $50 – and may save you a lot of time and aggravation in the meantime.

As a result, you may as well purchase a pair and keep one in your sewing kit since you’ll probably need it at some time in the near future. When you do, these scissors will come in handy.

Other types of specialized scissors are available, such as those that have unique or even moving forms and patterns. All of your sewing endeavors should be able to benefit from a good pair of scissors.

Is it possible to cut cloth using regular scissors?

Are fabric scissors the same as sewing scissors?

What is the difference between regular scissors and fabric scissors?

What is the key difference between sewing shears and sewing scissors?

Shears and scissors are two different tools, despite their similarities. The blades of scissors may be as long as 12 centimeters and have two holes that are symmetrical, one for the thumb and one for a finger. Shears are able to cut through many layers of cloth because their blades are typically longer and sharpened to a “knife edge.”

What are the benefits of using fabric scissors?

When cutting through fabric in a way that is accurate, smooth, and efficient, fabric scissors are an absolute must. A good pair of scissors is essential for accurate cutting and shaping of fabric pieces, which is common knowledge among seamstresses. 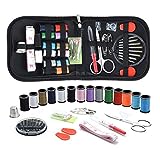 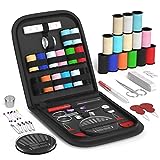 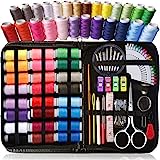 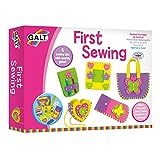 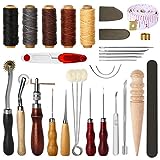 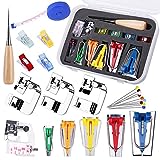