HOW TO FIX UNDERCOOKED RICE? Many cultures throughout the globe have developed unique methods for preparing rice. While the process of cooking rice may seem simple at first, it really requires a careful dance to get the perfect results. The proportion of water to rice varies depending on the kind of rice and the dish you’re making. You must also choose whether or not to rinse the rice.

Rice cookers are quite sophisticated appliances, yet even the smallest error may result in scorched rice, mushy rice, rice that is too salty, or rice that is undercooked. If you are using a basic aroma rice cooker, however, you are responsible for ensuring that the rice is cooked properly. More sophisticated models of rice cookers, such as those manufactured by Zojirushi, Cuckoo, and Aroma, have the ability to modify and correct for human mistake. In the event that your rice cooker produces hard rice, we are here to assist you in resolving the issue by providing instructions on how to repair hard rice in a rice cooker.

WHAT COULD GO WRONG WHEN MAKING RICE?

After determining the ideal ratio of water to rice, the next step is to cook the grain for the correct period of time at the ideal temperature. If the stove is turned up too high, the water will boil out before the rice is done cooking. The rice will turn up dry and crispy if too little water is used. When rice is undercooked, it becomes mushy on the exterior but remains hard in the inside.

Obviously, you also need to think about factors that are specific to your stove, your power or gas supply, and your particular pot’s thickness or thinness. Still, it’s possible to follow every step correctly for the rice to still be underdone. Don’t fret; I’ve got several solutions to save your overcooked rice.

It’s not easy to get consistently fluffy rice cooking. It’s human to make a mistake once in a while. Undercooked rice is a common problem because of common errors made when cooking. Undercooked rice is not only unpleasant to chew, but also ruins the dish’s flavor and texture. Cooking for a shorter amount of time than specified, using too much water, or using too little heat, are the most typical causes of undercooked rice. Problems also arise since most individuals are unaware of how a rice cooker works.

HOW TO DETERMINE IF RICE IS UNDERCOOKED OR OVERCOOKED

You probably messed up the rice if this was your first time making it. The food might be raw or overdone. It’s not as easy as it seems to prepare rice.

All the water has disappeared, but the grains of undercooked rice are still pretty firm. When you push a grain with your thumb, you can feel this tough part right away. The edges can be squeezed with little effort, but the center is much tougher to compress. If the rice looks like this, it’s not done cooking.

As opposed to the typical fluffy and soft texture of cooked rice, uncooked rice has more of a hard and crusty consistency. However, overdone rice has a consistency similar to mashed potatoes and has a mushy, watery texture.

THE RIGHT WAY TO COOK RICE

Finding out how much rice needs to be cooked is the first step in making tasty rice. This quantity dictates both the amount of water that must be added and the length of time that the food must be cooked for. In most cases, you’ll want to use two cups of water for every one cup of rice. However, keep in mind that the quantity of water that should be added is heavily influenced by the kind of rice that is being used. Rice with longer grains often takes more water to cook than rice with shorter grains.

Put some water in the pot that already contains the rice. Bring the saucepan, which is still uncovered, to a boil. Cover the pot and reduce the heat until most of the water has been absorbed by the rice and it can no longer be seen sitting on top of the grain. You should leave it like this for fifteen minutes, after which you should raise the cover, mix the rice, and put the top back on. At this point, you should replace the cover and continue cooking the food for another 5–10 minutes, or until it reaches the desired doneness. Rice should ideally be cooked in a pot with a heavy bottom since this helps prevent the rice from catching fire at the bottom of the pan while it cooks. For more effective cooking, be sure to use a lid that fits securely and snugly.

When using a rice cooker, it is important to first check the appliance for instructions before beginning to cook the rice. The majority of them suggest making use of a ratio of one cup of water to one cup of rice. It’s possible that you won’t be able to determine the ideal proportion without doing some trying and making some adjustments. The fact that rice cookers essentially handle all of the work for their users is one of the primary attractions of utilizing these appliances. You won’t have to give a second thought to the amount of time or temperature required for cooking. Experimenting with a rice cooker and adjusting the proportions of the ingredients according to one’s level of expertise is the best way to produce perfectly cooked rice.

HOW TO FIX UNDERCOOKED RICE?

Don’t let the fact that your rice didn’t come out the way you planned to get to you; nobody is perfect and we all make errors. If, upon opening the rice cooker, you discover that the rice has not been fully cooked, there is absolutely no need for alarm on your part. Simply squeezing a grain of rice between the first finger and the thumb is an easy way to determine how much longer it needs to be cooked. Depending on the circumstances, give the rice an additional splash or two of warm water, replace the cover, and turn the rice cooker on for an additional two minutes.

Once you have turned off the cooker, let it to rest there undisturbed for five minutes. After 5 minutes, when you remove the cover, the rice should be fully cooked and in excellent shape. If you are cooking the rice in a pot that can be placed on the stovetop, put a little amount of boiling water in the rice container, cover it with the lid, and cook the rice over a low heat for three to four minutes. For more accurate control over the temperature, you may use a skillet as a middleman between the fire and the pot. After three to four minutes, turn the heat down to low, remove the pan from the heat source, and wait a few minutes before proceeding.

How can you remove the smoke smell from rice?

Remove any grains that have not been completely charred and place them in a large mixing basin. On top of the rice, place a piece of white bread or the onion skins, which are papery on the outside. Let the rice remain undisturbed for a few minutes after you have covered it with a lid. The bread or onion skins will take on the aroma of the charred rice as they absorb it.

Is it possible to fix overcooked rice?

If the rice has only been slightly overcooked and the consistency is still mostly the same, you should try draining any excess water using a colander or fine-mesh strainer and spreading the rice out into a single layer as best you can on a baking sheet. This should help restore the rice’s original texture. After that, place it in an oven preheated to 350 degrees for around five minutes.

Is the smell of burned food toxic?

In addition, the smoke that is produced when food is burned contains harmful compounds because the combustion of organic material creates substances known as polycyclic aromatic hydrocarbons (PAHs). These substances are very hazardous to one’s health. Inhaling the smoke that is produced by burning food may, in fact, be harmful to the health of your lungs and airways.

How do you fix watery rice?

Do not attempt to evaporate the remaining water in the pot if the rice grains have reached the desired level of doneness but there is still liquid in the pot. Instead, place the rice in a strainer with a fine mesh and, in the same manner that you would with pasta, drain the excess water. Then, proceed with the rest of the dish.

How do you fix salty rice?

The procedure is straightforward; if the rice tastes too salty, just add some lemon juice to it and give it a good toss before serving. If you don’t have any lemon juice, you can make it using apple cider vinegar instead. The acetic acid that apple cider vinegar has will also be beneficial to you, but you need to be cautious not to add too much of it when you’re adding it to the rice.

How do you fix rice that is too mushy?

If the rice has only been slightly overcooked and the consistency is still mostly the same, you should try draining any excess water using a colander or fine-mesh strainer and spreading the rice out into a single layer as best you can on a baking sheet. This should help restore the rice’s original texture. After that, place it in an oven preheated to 350 degrees for around five minutes.

Is it OK to consume rice that has become mushy?

Because the grain rapidly absorbs herbs, spices, and liquids, adding flavor to cooked rice is a simple and straightforward process. However, rice that has been cooked for too long might present a number of health risks, including a diminished nutritional profile and an increased probability of developing cancer.

What is the best way to fix gummy rice?

If your rice is already stickier than you would like, you may want to try washing it under cold water to eliminate some of the extra starch. This can be done by placing the rice in a colander and running cold water over it. After giving it a good rinse, lay the rice out on a sheet pan and put it in the oven at 350 degrees Fahrenheit for approximately ten minutes so that it may get a little more dry.

How do you fix undercooked crispy rice?

To make rice that has a crunchier texture, place uncooked rice in a cooking pot and cover it with sufficient water. Rice should be allowed to cook for a few minutes on a low simmer once the pot has been covered with its lid. After a few minutes, crack open the container to see whether the water has been absorbed by the rice.

Rice is prepared almost every other day in most families, particularly in South Asia, and it is an essential component of daily meals in several regions of the globe, particularly in the Indian state of Kerala. Even if someone has a lot of expertise, there is still a chance that they may botch the rice they are cooking. With the exception of rice that has been burned, rice that is undercooked, mushy, or sticky may be used to produce delicious dishes. We provide this brief guidance in the hopes that it may be useful in some way to you. 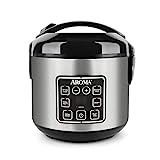 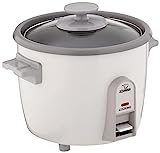